What Are Musical Conversations? 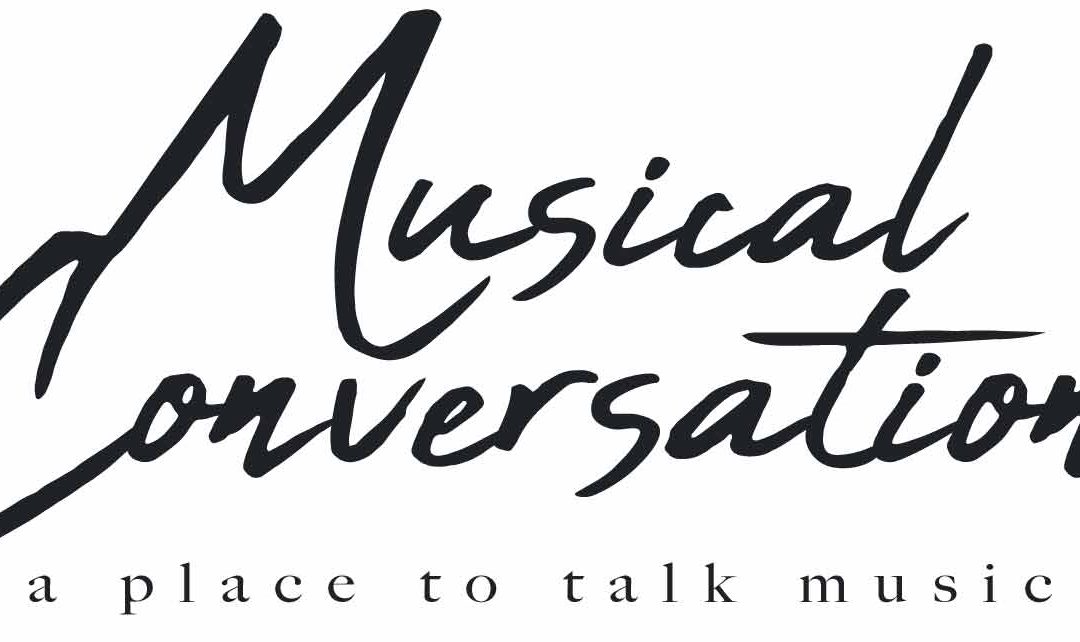 It started off as an occasional broadcast via an internet radio style connection. At that time, the concept was to share music with friends, have them hear music that they may not have been aware of, also to be the radio that DJ I’ve always wanted to be.

It moved to having a friend stop in and we’d talk music, play music, talk some more, and basically have a conversation around music. Nothing was called “Musical Conversations” yet, it was still just a connection. It developed into a regular thing, a weekly thing, and looking to stick to the day that music should be released on, as it had been the day it had been the release date for many years, Tuesdays became the broadcast day. From there, it was pointed out that there was a local internet radio station starting up, one that could use a show of some type. Musical Conversations was then born into a close proximity to what it is today. It became a weekly broadcast that was a conversation about, and through, though also with music. Initially it was just me, Stan that is, talking about music and playing some interesting stuff, sometimes with it really being a conversation of the songs, one to another, then on beyond that.

When guests starting coming in, the idea formed and defined Musical Conversations as more of an interview show, talking not just with musicians and not just about their music, using the interactivity of the internet to allow listeners to ask questions and comment on the music they’re hearing, also talking with fans of music, authors, and really anyone that would like to come in and talk with me, usually for hours on end.

The local internet radio station got over 180 shows, the first 50 or so were six hours in length and the rest were two hours. I initially asked about my time requirements and the response was, “at least an hour”, with the respondent not realizing that I was talking about the ‘other end’ of the show, I was looking for an idea of an end time. So, I created a six-hour show. Really, what I did was limit it to only being six hours. I think I was originally going for an eight-hour show. After the 50 shows, the station came to me and said, “we like what you’re doing. Can you limit it to a two-hour slot? If so, you get your choice of broadcast time.” So, I did. I also didn’t change the initial production time at all, and instead made the shows multi-part. I’d record six to eight, sometimes ten hours of interview and music, then cut it down to a two-hour slot, adding intro and outro music, plus additional voice work that tells what’s going on. I also started to interview national and international musicians, authors, publicists, and music fans. I would edit those interviews to sound like the guest was in house, adding songs and commentary.

All things must pass, and so Musical Conversations changed when production of shows for the internet radio station were ground to a halt by my focusing on an arts & entertainment magazine in and about Charlotte. That publication project lasted six months and its demise can be directly related to a lack of advertising, and predominantly my fault because I was focused on creating great content. I also needed to focus on distribution. If those two additional points, both of which are exceedingly important to the prosperity of a paper, it may still be a viable publication… now it’s a memory.

I continued Musical Conversations, getting this domain and developing it as its own broadcast location. After a couple of years I sought the help of a local graphic arts company whose focus was on the aesthetics of the site, created the new logo and defined the color scheme. They do amazing work, check them out, they’re To The Moon Design.

Now, what is, or are, Musical Conversations?

A place for album, concert, and book reviews.

Every Tuesday night, for the most part, broadcasting live. Listen via the player on the home page, or using your phone, download the free Tune In app, and search for Musical Conversations. You can also use your Amazon Alexa device, after you’ve downloaded Tune In, and tell Alexa (or whatever your wake-up word may be), “Listen to radio station, ‘Musical Conversations.’” And from there you should be able to hear it. Join the Facebook group, chat in the chatroom on the home page. If you’re a musician and have material that has been recorded well, send it in using the link on the home page.

Musical Conversations of the Third Kind is a free form exploration of music, following the flow of the mood of what’s being played. Though I love interviewing people, this one is why I’ve sought radio my entire life. This is where the beauty that resides between the songs stands out.

Though there are more, and new kinds being developed, I’m good with this numbering for now.