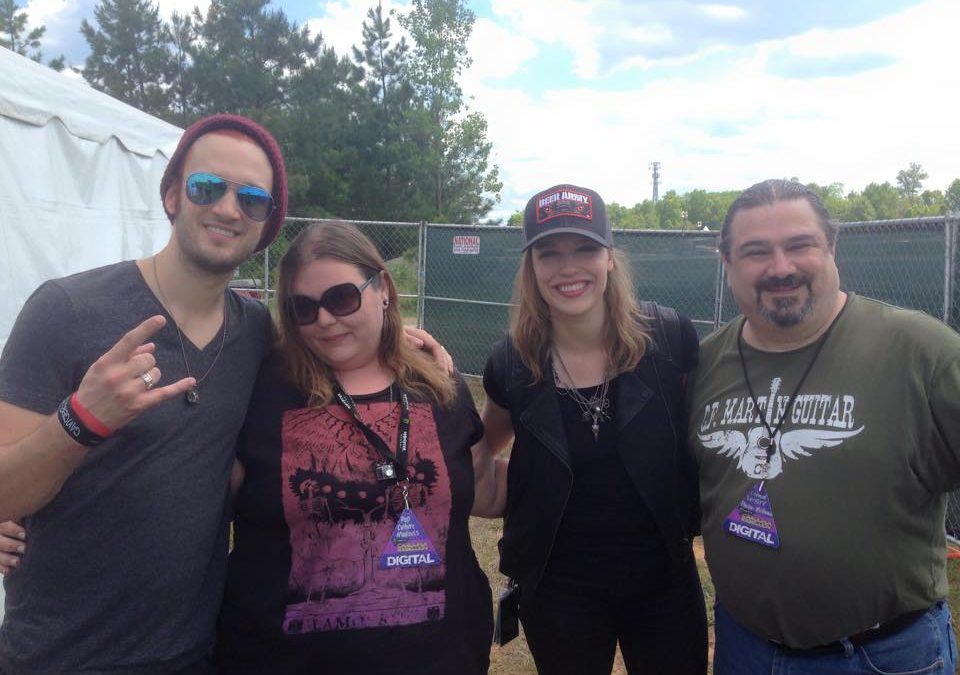 Is the pandemic ending, or is it just protocols being pulled back? Being fully vaccinated, I look forward to experiencing live music once again. It’s been way too long, and really only less time than it would have been if I’d not gotten to see my friends in Abacab: The Music of Genesis over the summer – yes, summer of 2020. Also of course, Tessa Harmon of the band Buried In Roses, who was in for the Tarotunes show that Heather & I do on Thursday nights. She performed a couple of songs. Since diving into the music scene in Charlotte, one would say doing so head first into the deep end, I’ve not had this long of a time between band performances. So, I look forward to the return of live music.

The picture is from when I hung out with Arejay and Lzzy Hale, of the band Halestorm, along with another digital journalist, Kristyn Nepa, at the Carolina Rebellion.