“How about a feature of a band?” 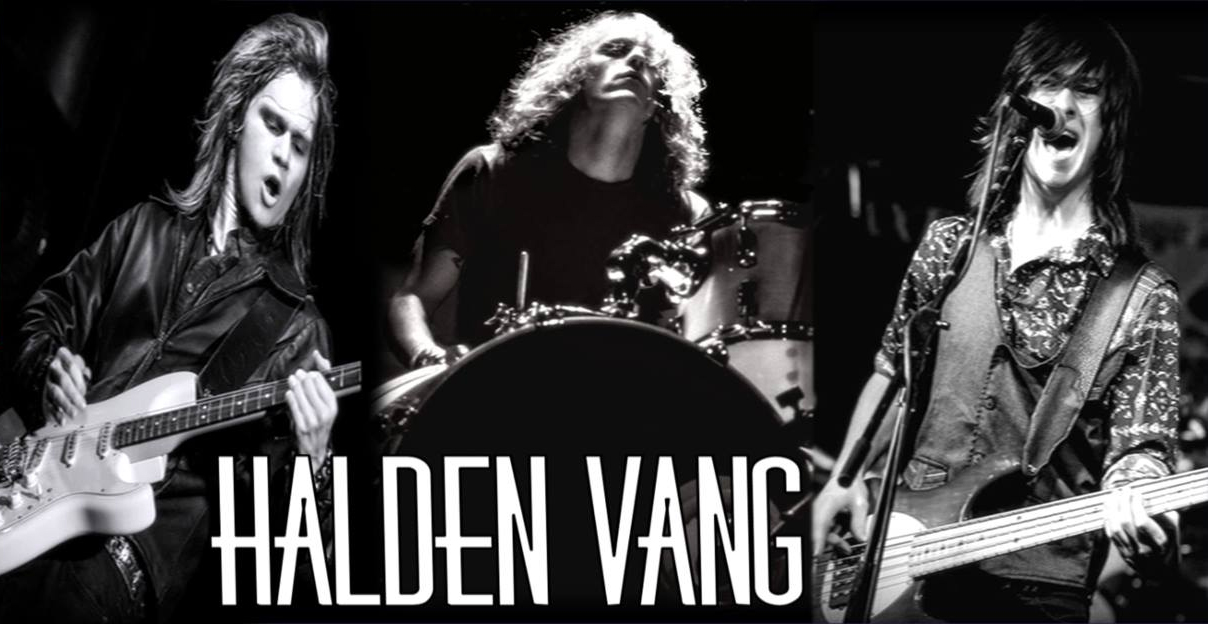 Okay… Being that I not only write the Charlotte Live Limelight article, I also do Musical Conversations on Plaza Midwood Community Radio ( pmcradio.org – Saturdays at 2pm ). I’ve had the opportunity to not just see bands perform, I also interview them as well. That’s what Musical Conversations is about. Recently, I saw a band perform an acoustic set, then on two other occasions I saw them play (and plugged in), then got to sit down with the front man and talk music, influences and everything else, at length and in detail. Jake Haldenwang of his band, Halden Vang, sat in and we talked. Musical Conversations allows for the extended conversation style interview that I’ve not heard anyone else be able to do. This will air on April 18th on PMCR.

The acoustic performance was at Iron Thunder Saloon, near Concord Mills Mall. I’ve always felt that when you take your music and turn it around, retell it on acoustic instruments, that you’ve got not only a good grasp of your music, you’re also expressing your creativity and ability as a musician. When Halden Vang performed an acoustic set and still had the place enrapt by the performance, that’s when I knew I had to see more, see another performance, see them plugged in. My feeling about when a band takes their music and presents it toned down and acoustic is one that is obviously shared by others, otherwise that performance television show, Unplugged, wouldn’t exist.

Next time I saw Halden Vang, it was at the Rockin’ Kids First benefit show in December at Amos’ Southend. Though there were many other bands on the bill, it was an all day affair after all, Halden Vang stood out and rocked, quite comparably to other bands that would be considered headliners, such as Grey Revell’s Roman Candles and Grown Up Avenger Stuff. Even to the point of overcoming an equipment failure, the band kept on. That means to me that the key isn’t solely with the one that the band is named after. It means that the other two, as it is a three piece band, also have the wherewithal and stage presence to overcome any adversity. That to me is where a band’s potential lies. Halden Vang, in addition to Jake Haldenwang on guitar and vocals, also has Jordan Mattacchione on bass and backing vocals, and Andrew Marcadis on drums and backing vocals.

Two more shows very recently. One was a send off fan appreciation party at the Evening Muse. This time they played only two songs from the EP, “How About Now”, and then did two cover songs. The older pieces were strong and kept the packed room engaged, yet still had the element of freshness and that’s because the material is strong. The new songs also fall into that category, this performance was to showcase that work, and what I witnessed was an evolution of the band as songwriters and musicians. The emotion that pours out of not just Jake, also the entire band when they’re on stage, is palpable and fills the entire room. This is especially the case with their choice of covers, “The Chain” by Fleetwood Mac, which they blueseyed up, and also “Purple Rain” by Prince. This was a night of amazing music.

So their music is based in the blues, yet with a heavy rock feel. Some of my personal favorite bands are three pieces and I’m always amazed at how they create such a full sound. Halden Vang not only does that well, the filling out the sound, there’s also the delicate element that is key to the blues. The thing is that I can’t call them a blues band. Yet, they’re more than just a rock band. When each member has a good singing voice that is distinct from the other members, you’ve got great harmonies and the ability to present various vocal stylings that often occur within the same song. With today’s musical landscape, having a distinct sound is important, also having the ability to be diverse really makes for a strong band. With the variety of styles to pull from and present, the best description I’ve heard of their music is by Jake himself, and that’s that they’re “Retro-Relevant”. Meaning that they bring in an almost lost sound from a few generations worth of great music, and yet still keep it relevant to today.

Most recent performance I caught of Halden Vang was again at Iron Thunder. Besides having to wait until the game was over, they performed for a good solid three hours or so. The length of their performance allowed them to explore music that they’d just worked on and some music they had just worked through – meaning some originals and some covers. As in earlier in the week they worked out how to perform songs like “Babe, I’m Gonna Leave You”, most popularly done by Led Zeppelin (very few know it’s originally a Joan Baez song – Jake knew that though which impressed me further). The Iron Thunder Saloon, though it’s a bike bar, it’s also a sports bar and what got me was their performance stopped the place in its tracks.

The recent Musical Conversation that I had with Jake Haldenwang covered his introduction to music, initially the blues. Also we talked about performances, he’s shared the stage with Buddy Guy and Derek Trucks. The tough question for me to ask was what is “it” that everyone says he’s got, after all, he’s only 19. It’s an answer I anxiously await discovering when they have their new album finished. Tentative target is before the end of the year. By the looks and sounds of their live performance, it’s going to be well worth the wait. The most effective thing about music, and any kind of music, is the emotion poured out during the performance. Halden Vang, as a whole band, rocks it out on a level that only true inspiration can achieve. Find them on the usual Internet suspects, listen and then get out to see Halden Vang. They continue to play in the area. Their live show is very difficult to describe, from the passion in the playing and songwriting, to the full on performance, I’ve been stunned