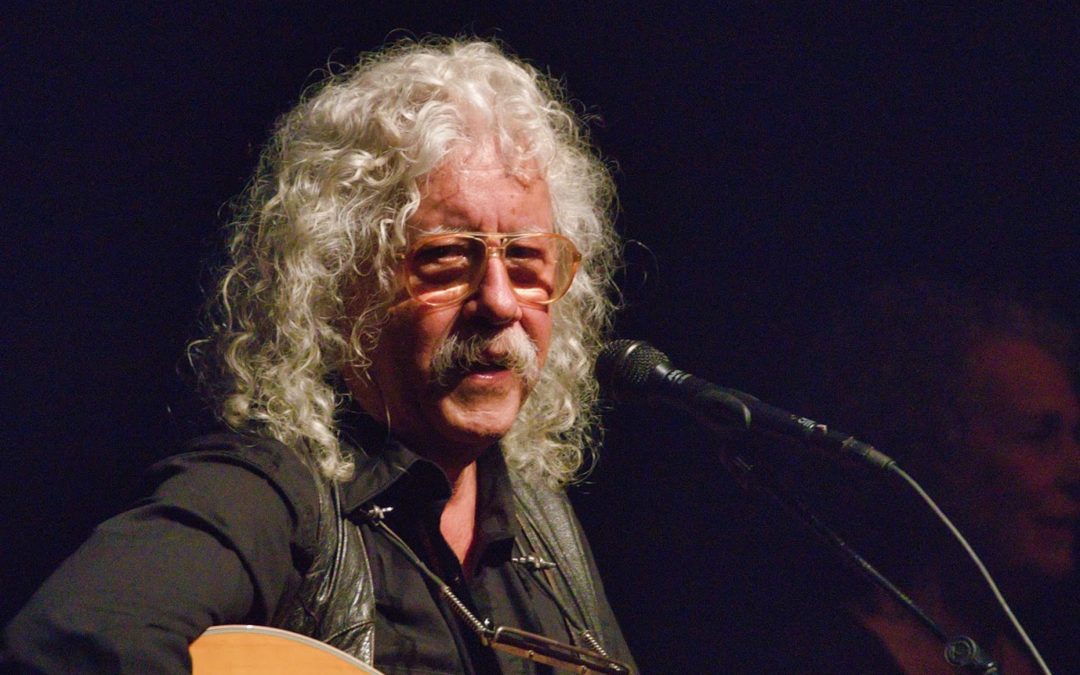 I have to go on record as saying that I love Arlo Guthrie, his father, his daughters, his music, and really everything about him. It’s more than just a love, and it’s not a love in a weird way, just one of sincere admiration and appreciation of the music. What do I love about him and all of that? The free nature of it, the belief that we can be together, we are all in this together, and together is how we’ll get through it. Yeah sure, the hippie ideal.

So recently, I finally got to see Arlo in concert. I have seen him before, sure, just not live like this. I mean, I have never seen him in person in concert, I have seen him perform in the Woodstock film, plus his own film, Alice’s Restaurant. Beyond that I have missed out every time.

Arlo in concert is wonderful. He knows that we the audience want to hear certain songs, he advertises that this tour or show will include “Alice’s Restaurant”, which he is almost reciting these days. Yes, he had some other versions before that presented different and additional experiences, this time I saw him he stuck to the script, and I appreciated it. Playing things he would like to play, as well as things we would like him to play seemed like a good compromise. Ending the show with a sing-along of his father’s “This Land Is Your Land”, with additional lyrics that his father had taught him, was just an additional bonus.

His opening act called themselves Folk Uke, comprised of his daughter, Cathy, as well as Willie Nelson’s daughter, Amy. Folk Uke are one hilarious and wonderful duo, the kind you’d like to just hang out with for a while. Their music is the utmost of irreverent, and a great compliment to Arlo’s music. One of my favorite songs of theirs is “Shit, makes the flowers grow.” You can hear that song on Musical Conversations as it is part of the rotation. Speaking of that rotation, the current playlist is up to and over 1,200 songs and more are added frequently.

I look forward to writing more concert reviews. Looks like 2020 is going to be a good year for shows!