A Life In The Wings: My Sixty Year Love Affair with Rock And Roll, A Memoir 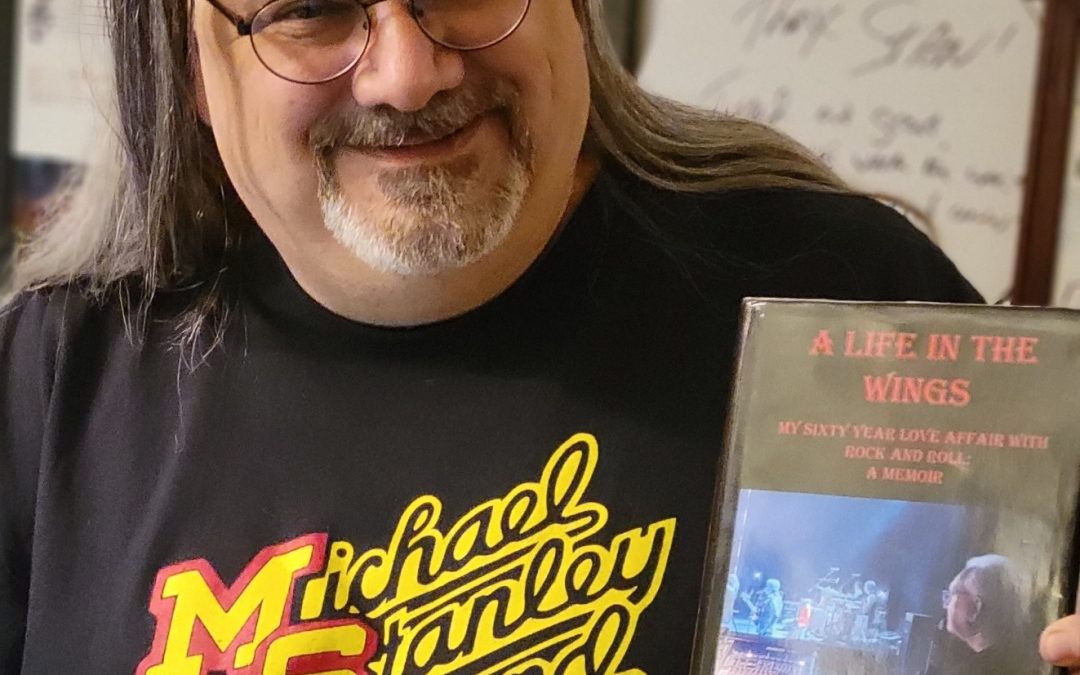 A Life In The Wings: My Sixty Year Love Affair with Rock And Roll, A Memoir – By David Spero, with K. Adrian Zonneville

I just got done reading A Life In The Wings: My Sixty Year Love Affair with Rock And Roll, A Memoir. I loved it! It’s an absolutely wonderful run of events and people that had a great influence on me, whether they know it or not. You see, I grew up in Northeast Ohio. In high school, I was in a vocational program centered around a fully student-run radio station, WKHR the Voice of the Chagrin Valley. With ears that were being trained to listen and understand what was going on behind the scenes, I would listen to David Spero on WWWM, also known as M-105 FM. I realized I’d at least known of David prior to that, and I definitely knew the result of his work. Of course, since then I’d paid a bit more attention, maybe not to him directly, though more so to the artists he managed.

Before I go on, I have to acknowledge the co-author of this book, whom I know as Charlie Weiner, though here he goes by his author name of K. Adrian Zonneville. His other published work I will get to reviewing. As Charlie Weiner he has the standing status of being the first musician I’d ever seen perform live. He was the opening act for Alex Bevan, at my high school. Being that I was part of the radio station air staff, I was able to hang out with the artists before and after the show, and yes that included full backstage pass. I remember Charlie very well as he taught me how an artist should treat their fans. I saw a stack of 3×5 card sized stickers of his. I asked how I could get one, his response was simply, “just ask.” So, I did. Charlie peels off a few, maybe five at most, and then hands me the rest of the stack, about 25 stickers. He then signed the top one, personalized to me. I’ve recognized this in other artists since, a sense of caring and generosity toward their fans. I’ve also seen the other side, where people diminish the relationship as well. Charlie, I thank you more than these words can express.

Back to David Spero and the book. A Life In The Wings tells of David’s start, working on Upbeat. Then it proceeds to tell of radio, working with Michael Stanley, as well as Joe Walsh, being taught how not to be by Azzof, and just being the wonderful person he is. Throughout reading the book, I found myself having to stop, chuckle at how cool a situation was, then other times truly laughing out loud before getting back to reading. I’m a slow reader, preferring to deeply devour a book rather than just skim through it, and this book was a quick read for me, not because of its length, because of its pace and sheer joy it imparts. The expression throughout the book is that David takes pride in seeing the artist succeed, not in his own work with the artist. The fact that the artist succeeds is good of course. There are times where it didn’t work out and on more than one occasion he says, “and we’re still friends” after there’s been a fall out with an artist for whatever reason. In the book, David goes on to tell of chance meetings and connections made. Some of the most astounding connections, and truly people wanting to work with David based on who he is, one of the nicest people one could ever meet.

I read biographies, memoirs, autobiographies, and other non-fiction tales of adventures by musicians and people around musicians. It’s all I’ve been reading for many years. Though it’s not the first book from a manager, it’s about the best I’ve read. Yes, knowing a lot of the people involved helps propagate that feeling of closeness to the book, yet this goes beyond that. There are many aspects of who I am that are directly influenced by David Spero and his work.

David Spero, and K. Adrian Zonneville, thank you both very much for a great book! 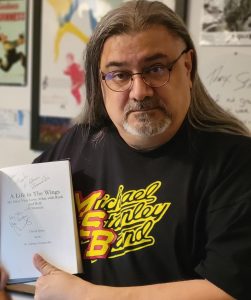